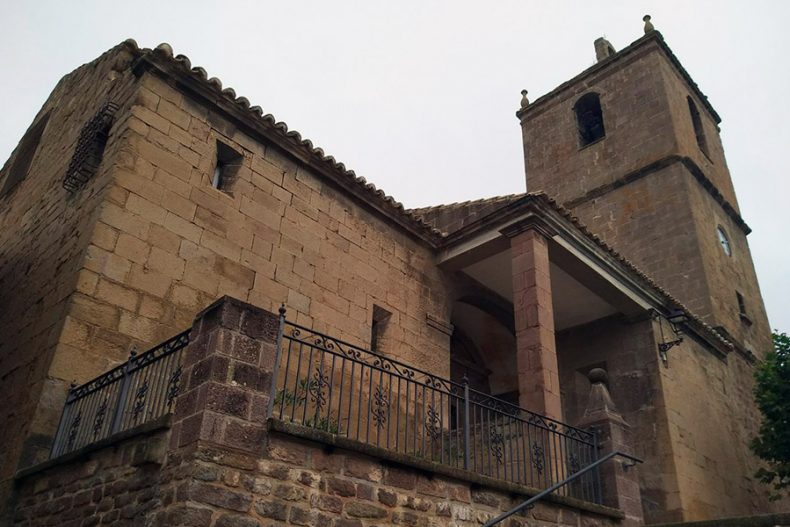 A WALK THROUGH THE MOST NARROW STREET OF ARAGÓN

If you want to discover which is the most narrow street in Aragón, come to Urriés where you will find a tremendously narrow medieval street next to the church of San Esteban with only 41 centimetres, that is only surpassed in the Guinness Book of Records by the Spreuerhof street, in the German city of Reutlingen (31cm).

Located 140 kilometres from Zaragoza, this town, which takes its name from its first inhabitant (Urus or Urrus), stands out for its urban centre, with a medieval appearance and magnificent examples of noble houses (like Casa Borgas), its Romanesque church of San Esteban that was decorated with Gothic or Franco Gothic style mural paintings currently kept in the Diocesan Museum of Jaca (Huesca).

However, Urriés’ most remarkable attribute is its natural environment, which invites nature lovers to incredible hiking trails. One of them goes up to the hermitage of La Magdalena, which follows the path that was formerly carried out to distribute the post on the route between Sos del Rey Católico, Urriés and Pintano. With a total of 13 kilometres (roundtrip) it is an easy route specially designed for families with children. The route ends at the top of the hermitage, after a soft climb of around 500 meters, which allows us to reach several viewpoints that offer spectacular views of the mountains of Cinco Villas and some of the nearby municipalities, such as Lobera de Onsella, Longás, Navardún, Isuerre, Sos del Rey Católico, etc. A delight for wild nature lovers.