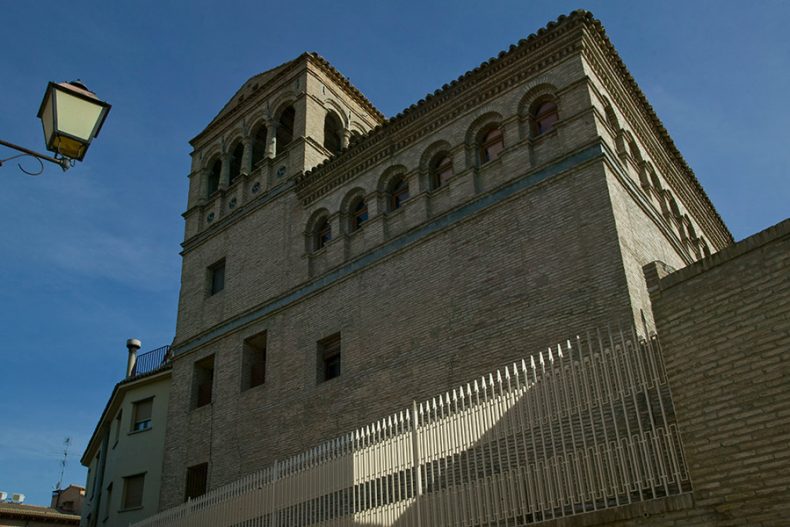 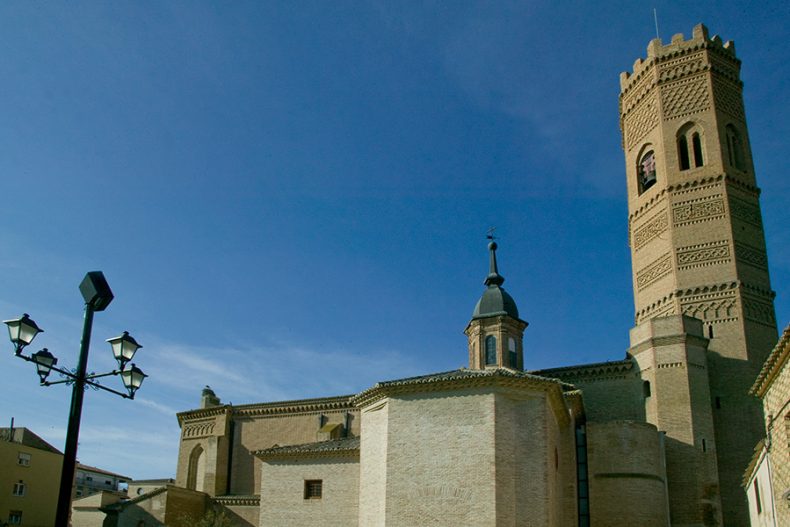 AND HIS ‘WELL PLANTED’ TOWER

Its name comes from Tobustum, which refers to “tufa” a stone of the rock on which sits the oldest part of the town.

The striking Mudejar tower of the church of Santa María, which watches over the town from above is a great invitation to visit this impressive town. This building is famous for its great beauty, and for that reason it is often known as ‘the well planted’. In addition, the tower possesses a unique adornment of so-called ‘ill-resolved loop motifs’, which do not follow the strict laws of Mudejar symmetry, but are Kufic written cloths in with the profession of faith of Islam (the shahada), which says “There is no god but Allah, and Mohammad is the messenger [or prophet] of Allah.”

This temple has now been converted into a beautiful museum of religious art. The convents of Santa Clara and that of the Franciscans, as well as the church of San Antonio Abad, characterized by its blue roof are also worth visiting. The latter housed the livestock market for years. There is actually in the church a painting dated 1459 which shows the Cattlemen’s House of Tauste with its 22 members. This painting actually represents the families dedicated to this trade, by means of 72 sheep whose names and marks give indication to the families to whom they belonged to. Nowadays, cattlemen are united under the Cooperative of San Simón and San Judas.

This town is also known for maintaining some of its unique traditions, such as its famous Rosario de Cristal – declared “Festival of Tourist Interest” since 2006 – whose beautiful lanterns can be seen in the nearby museum; and its dances, also declared Festival of Tourist Interest of Aragon, whose steps have been transmitted from generation to generation. Both take place during the local festivities in April.

Santa Engracia and Sancho Abarca are the respective names given to the two Colonization towns, administratively dependent on the City Council of Tauste. Santa Engracia was founded in 1972, and Sancho Abarca takes its name from the nearby Sanctuary of the Virgin of Sancho Abarca, which is now a hostel, a unique place from which you can contemplate magnificent views of The Bardenas of Cinco Villas, spectacular for their contrasts.