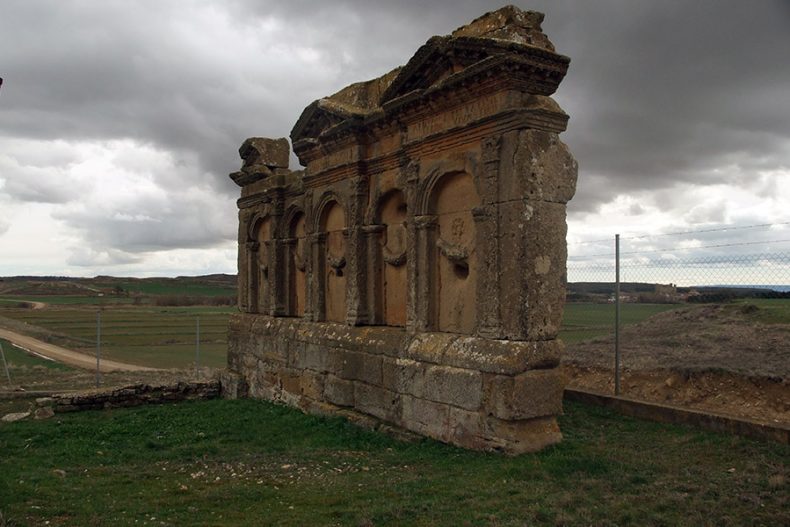 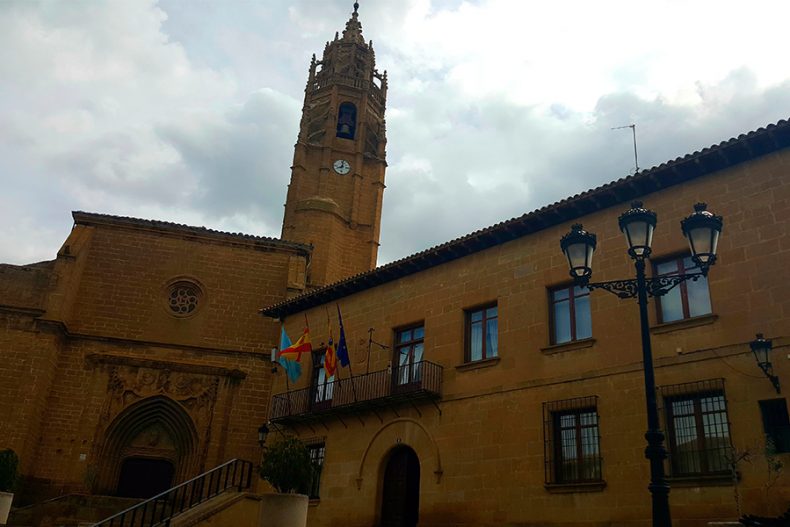 LEGENDS AT THE FEET OF ITS CASTLE

The name of Sádaba is one of the most mysterious ones in the area. Popular tradition claims that it comes from the Arabic or Hebrew, Sedubay, but philologists insist that this word finds its etymological root in the proximity to water (Miguel River) and could be of Roman origin, since Sádaba was a prosperous Roman municipality, with outstanding architectural monuments like the Mausoleum of the Atilios

This town also has an important medieval past which is also apparent in the town. Its castle, for example, is a unique example of military architecture for its seven towers –using an unusual design for the area- . Its spectacular state of conservation inside enables you to enjoy the full visit.

The legend is that from the well of the castle there was a passage leading to the convent of Carmelita that is currently the Pharmacy of the town. Through the passage, Kings –or the man in charge of the fortress- could escape in war times. Let’s not forget that Sádaba was the border between two kingdoms.

Another passage also connected the monasteries of Puylampa and Cambrón, (now privately owned), about which local people used to say ‘Brother Antón walked around at night’, in a clear ironic allusion to the real purpose of that tunnel given that one was a monastery of nuns the other, of friars.

As for the church, crowned by its beautiful tower -classified by art scholars, as the most beautiful of the Gothic towers of Aragon-, it keeps in its interior a treasure: its main altarpiece is a work of the prestigious Juan de Ancheta. Called the altarpiece of San Miguel, its carvings come to life with fabric, embroidery and lace ornaments. Additionally, the Cristo Marinero, which now rests after his long journey from the Atlantic Ocean, where Tiburcio Xinto-Carlos V’s frigate captain-found him in 1503, is also interesting to see.

And on the side of the temple, at the top, is the magnificent organ of 1768 recently restored, which construction was led by Juan de Segura, renowned master architect, with outstanding works such as the Cathedral de La Seo of Zaragoza.

Regarding the urban centre, Sádaba stands out for its noticeable noble buildings, around Calle Mayor where Jewish references are also detectable, through the name of streets such as Cantarranas or Barrio Verde. As a matter of fact, the municipality had an important Jewish colony mainly dedicated to the wool trading, and had a very important and famous fair attended by the Jews of the area to sell their products.

Today, one of the most outstanding historical buildings of the Sádaba urban area is Casa Cortés, converted into a Hospice. A space to enjoy gastronomy made with local products in an environment full of history.