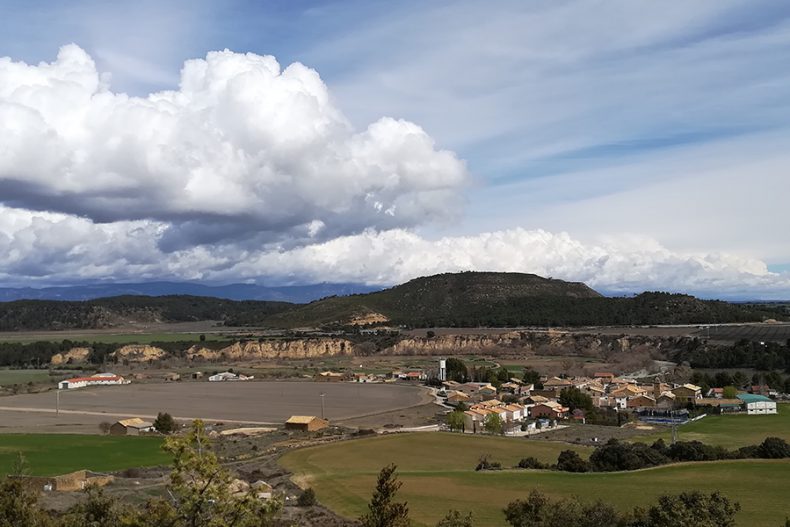 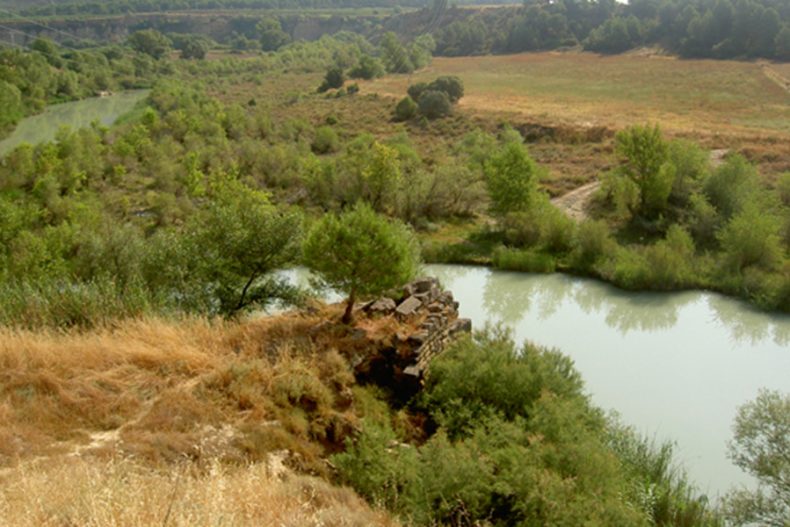 A BRIDGE OVER THE GÁLLEGO

The history of Puendeluna is linked to that of its medieval bridge, which gives its name to this municipality located 75 kilometres from Zaragoza, in the far east of the Comarca.

There is only one stone plinth left from the original structure of the old bridge, from the thirteenth century, which allowed the passage over the Gállego River. Still, for it great dimensions, one can imagine the imposing size that it must have had in the past. Moreover it also had an historical importance, since many medieval documents refer to the toll rights that were paid for its use to the residents of Luna. Which is understandable given that its building was promoted by the Council of that municipality.

The daily life of local people is also well known for its cult to the church of San Nicolás de Bari, originally of flamenco Gothic style but altered through many restoration projects over the years.

Besides its meaningful past, Puendeluna shines through the wealth of its wildlife due to its proximity to the river Gállego, a fertile riverbank where Goldfinches, Cormorants and Kingfisher, among others, live.

Next to them, the fragrance of thyme, rosemary and gorse invite visitors to enjoy the marvellous little town’s atmosphere and monuments.