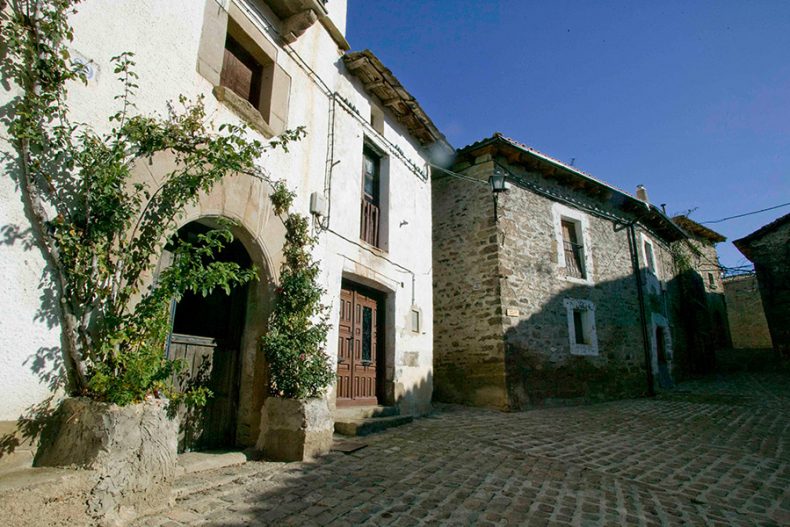 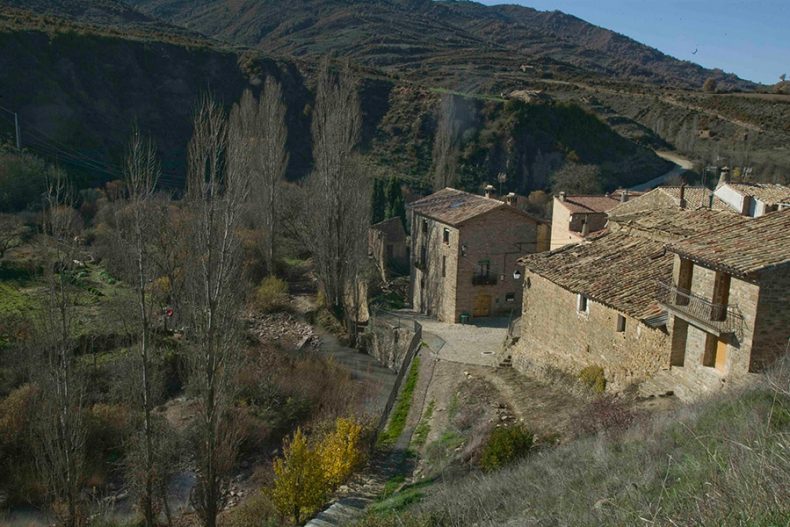 YOU ARE BORN TO THE ONSELLA RIVER

Longás is located 160 kilometres from Zaragoza, on the Onsella River, in the mountains, as evidenced by its architecture, characterized by the stone slabs on roofs and the classic “trococonical” chimneys which are intended to protect them both from the snow and the witches.

Legends aside, Longas’ name comes from its first owner: Longus. It was first mentioned in historical document in 938 as Longareç, when the village was one of the Christian territory bordering the kingdom of Aragon.

This beautiful village has maintained its monumental charm, with the church of Santa Maria, and the numerous hermitages that surround it, such as Santa María Magdalena, and Santo Domingo -which used to be a medieval monastery-, and after which the most famous mountain of the Comarca de las Cinco Villa is named. The source of the Onsella and Arba de Luesia rivers is close to the village, hence, the rivers together with the green mountains, make it an ideal spot to carry out outdoor activities.