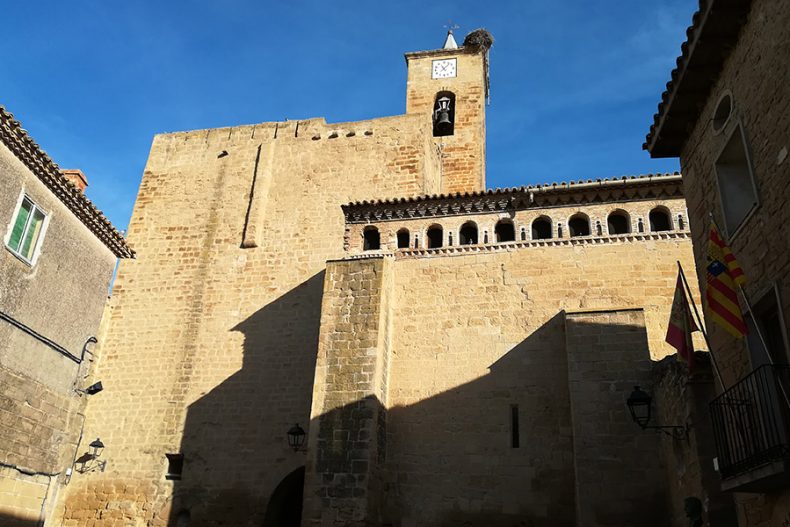 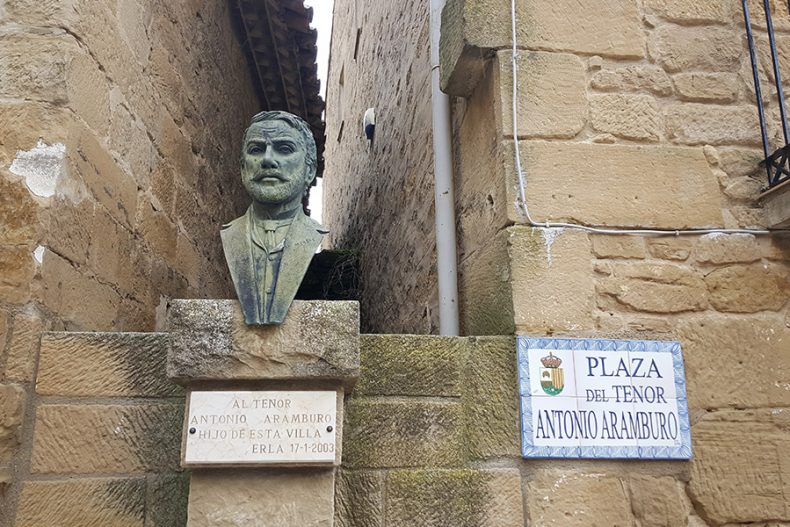 Erla is located next to La Corona hill, just below the hermitage of the same name, 60 kilometres from Saragossa.

Its name’s root is Indo-European, and alludes to the water course that borders this municipality, the river Onsella. This village is built in a staggered manner on the slope of the mountain.

In one of the village’s houses, the famous opera singer Antonio Aramburu (1840-1912), -considered by opera experts to be the best tenor from Aragon of all time- was born. On January 17, 2003, a bust was placed in the artist’s native house, whose fame doesn´t only come from his amazing voice but also for his unexpected behaviour at times. For example, one day, while performing at La Scala in Milan, he left the stage without warning, because he felt like going to his Milanese Palace to make himself a plate of crumbs and sing jotas. However Aramburu was very famous over the world, performing Norma, Lucrecia Borgia, La forza Del destino in Italy, Argentina, in Genoa and in the best theatres in Spain (Liceo, Teatro Real de Madrid, etc.). He died in Montevideo, where he founded a singing school to pass on his teachings.

The house where the tenor was born in the centre of Erla is of little interest but close to it the church of Santa María la Mayor of the late twelfth century, is worth seeing. It is located next to a beautiful tall tower built by Lopez of Gurrea, Lord of Erla, in the fifteenth century, when the church was extended.

Inside the temple, there is a remarkable altarpiece of the Virgen de la Corona, from the 15th century (1465-1466), a unique and singular piece that according to María Del Carmen Lacarra, expert in medieval art, is the best example of Tomás Giner and Arnault de Castellnou works.

The set, composed of thirteen panels painted in tempera, recreates the life of the Virgin Mary with her son. A pictorial jewel that the town of Erla preserves with devotion and admiration.

Outside the town, lay the remains of the very ancient castle of Santias, already mentioned in documents from the 12th century. Furthermore, Juan Bautista Labaña, the famous geographer and researcher from Lisbon describes it with its walled enclosure and a rectangular tower, owned by Miguel de Gurrea. Today, it is in a very bad state of conservation.

On the contrary the Castle of Paúles, also of medieval origin –a private property now- a tower house with a baroque church, which was owned by Martín Sánchez Del Castellar, has been perfectly preserved. Not surprisingly, it has even been used as a movie set.